Why are Asian students better at maths? 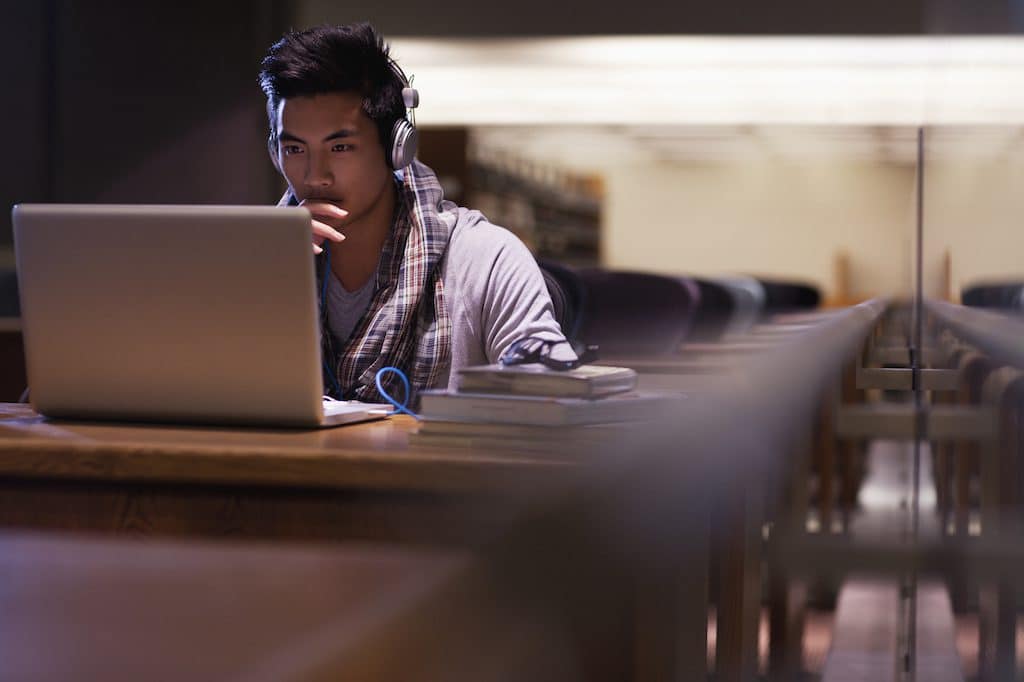 I can already see your raised eyebrows as you read that title!!

Am I being racist? Not at all!

I am Asian, so what I am about to tell you is actually all good.

Some people assume that Asian students are much better at maths and science because it is in their genes. Nothing could be further from the truth. It has everything to do with their attitude and culture.

Asian students out perform their counterparts in a number of areas. For instance, the top five nations on the OECD global education report are Singapore, Hong Kong, South Korea, Japan, and Taiwan. In Australia, New South Wales has a selective school system. These selective high schools cater for gifted and talented students who have superior academic ability. You have to sit an entrance exam to be able to enter these public schools. The top performing academic school in New South Wales, year after year, is James Ruse Agricultural High, which has a ninety-seven per cent Asian enrolment. Other selective schools with high Asian enrolments make up approximately eighty percent of the top ten schools in the state.

So, do Asian students have an edge? Culturally they do, but anyone can perform at a much higher level if they truly want to.

Does that sound familiar?

A typical Eastern family’s response would be vastly different. It would be more like, “You are no good at maths? Okay, here’s what you need to do! Get up early in the morning and do some maths problems. If you are still no good after that, stay up later at night and do even more maths problems. Trust me, you will get better.”

Those who take this position understand that Repetition is the mother of skill. To be good at something you must practise and practise. Not just mindless practice but intentional practice with clear goals, intense focus and constant feedback. Practising with a purpose is not unconsciously going through the motions but working with a sense of awe and curiosity. Success in school is based more on effort, than simply being “born” smart – the latter is for those with a fixed mindset, the former a growth mindset.

Rote learning is seen in some circles in the West as an outdated form of learning and is being abandoned. It has been claimed that it quashes and inhibits creativity. Many favour higher level approaches of thinking, such as associate learning and critical thinking. But I don’t see it is an either/or situation. There are clear advantages to rote learning. It is a very effective means of gaining fundamental knowledge. Unless a student is able recall basic facts quickly, it becomes very difficult to tackle more advanced problems. It does not require massive amounts of creativity to learn rudimentary addition and subtraction or to master the multiplication tables, but those who are able to acquire these skills early on progress swiftly to more creative problems. 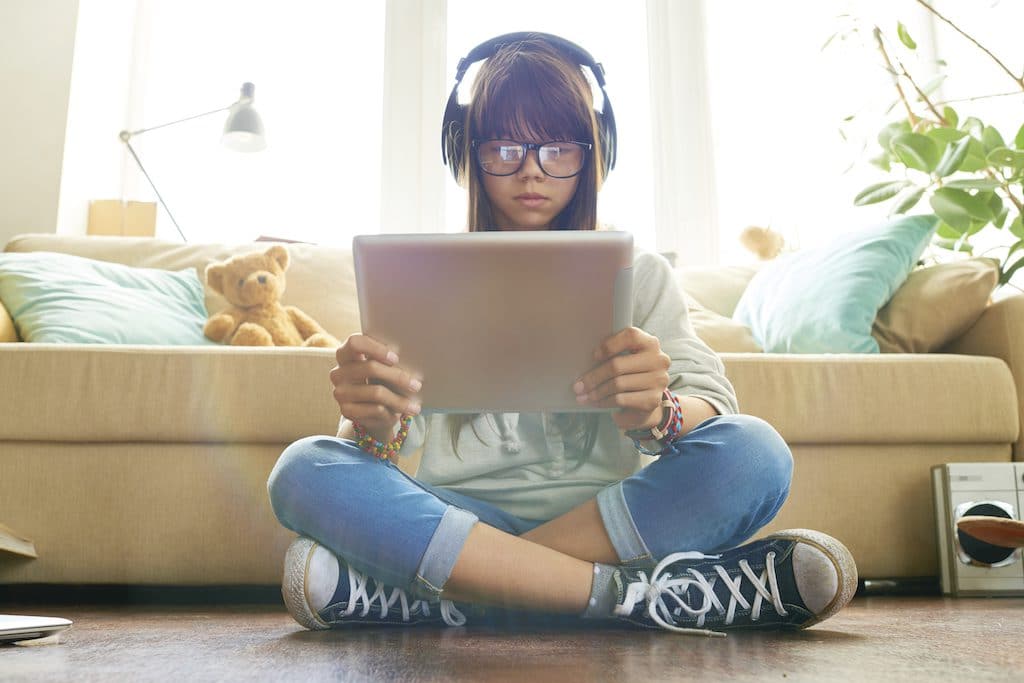 I learnt this firsthand when one of my children was struggling with basic addition and her confidence took a real hit. We enrolled her in a rote learning program – within two weeks we saw a noticeable improvement. She remarked she found her schoolwork was becoming easier. After three months she was taken out of learning support and was more willing to take on challenging equations. There was a direct correlation between the daily rote learning tasks she was undertaking and her belief in her ability.

I have another daughter who loves ballet. I made a poster for her wall with a photo of her favourite ballet dancer with the quote, “Don’t practise until you get it right! Practise until you can’t get it wrong!” Working with this mindset and heart-set will enable her to develop her skills until they become second nature. Or, as the old Papua New Guinean proverb points out, “Knowledge is a rumour until it is in the muscle.” We all understand how our bodies grow stronger when we train them in the gym, but few realise our brains are “plastic” too, meaning they change as well if we give them a regular work-out. Brain plasticity means that, when our brains are trained in a specific task, they become proficient in executing these tasks – something they couldn’t previously handle.

Malcolm Gladwell in Outliers discusses historian’s David Arkush work about the impact a culture can have on a mindset. A typical Western proverb would be – “If God does not bring it, the earth will not give it.” This pessimistic view leads us to believe we are powerless to influence our own actions and bring about change. On the other hand, the proverbs of the East that are woven into conversation again and again or whispered among men, women and children as they go back and forth between their farms and markets are relentlessly optimistic and work oriented:

Laziness, in some cultures, was treated like a disease. My Sri Lankan dad would always bellow at me when I was doing my chores, “If you were any slower you would stop!” Maybe this is why I ended up running so fast because to be considered slow was an insult. In the East, you had to work hard, be street-smart, astute and resourceful. This was the key to success – plus remembering that Repetition is the mother of skill.

Everyone can learn much from their mantras.

Musicians understand this idea. Why do they play scales again and again? Because the more they do, the better they get. Scales build neural highways and improve the fluidity of the hands and fingers. The same goes for athletes. They repeat the same drill over and over, because they are trying to create muscle memory so that, in a game situation, they can repeat the action instinctively. Seeing action and awareness merge is what makes sport thrilling to watch. In the same way, going over a maths problem that seems just beyond your grasp creates a neural pathway in your brain so that each time the problem is presented again, it will get easier until solving such problems becomes intuitive.

In Australia there is a story that uniquely exemplifies this principle. Sir Donald Bradman, the greatest cricket player Australia has ever produced, would take a cricket stump and golf ball and repeatedly hit the ball against the brick base of a water tank. From the tank to his laundry door was about two and half meters. He said, “I used to play away for ages out there on my own and it was just fun. It never entered my head that I was training my eyesight and coordinating my movements. That didn’t register at all in those days. Now I realise what the significance of it was.” It is interesting that, in Australia, we know that Repetition is the mother of skill in sport but, when it comes to academic achievement, if your dad wasn’t good at maths, or your grandad wasn’t good at maths, or for 500 generations nobody in your family was good at maths, then it is simply accepted that you will not be either.

Developing a strong work ethic is vitally important in any endeavour.

Alan Schoenfield, a maths professor at Berkeley University in America, asked some high school students how long they would work on a maths problem before they quit. Their answers ranged from thirty seconds to five minutes with the average being two minutes. After a mere thirty seconds, some would completely give up and probably use the excuse, “I am no good at maths. I must be one of those creative types.” (Hands up if you have ever said that?) The reality is, creative people actually overthink maths problems. It is not that they think too little but they think too deeply about the maths, which leads to frustration and despondency. Don’t let your misguided assumptions, excuses or assumed family inadequacies hold you back. You are not your family so stop putting yourself down. You are more capable and competent than you know and undoubtedly have the potential to be a real force on this planet if you work at it. You are not okay the way you are! You could, in fact, be something really great if you developed an aptitude for learning. Stay open to discovering something new and challenging. Lean into the struggle and reach out to develop those skills which are, for now, just beyond your comprehension, but which, with a bit of training, could become a natural talent.

Don Bradman – The game that made the man. Retrieved from YouTube 26 August 2019 from https://www.youtube.com/watch?v=GQkfyeRvh1M

The Brilliant Young Mind – Learning in the Age of Digital Distraction Seminar is delivered by Glen Gerreyn it is being offered by The HopeFull Institute. Contact us for more details.