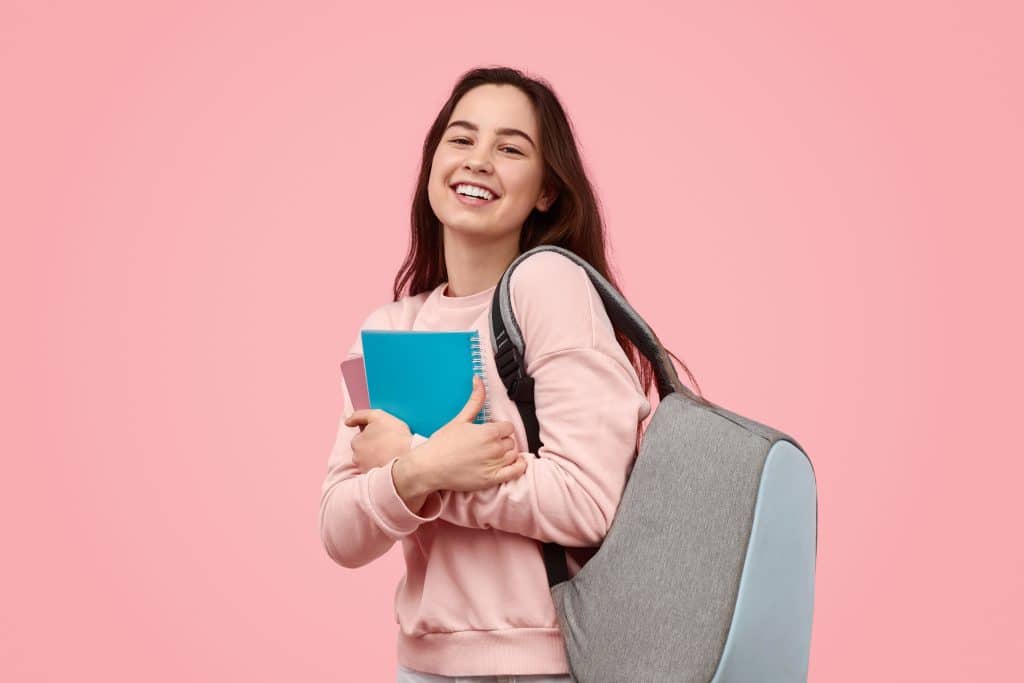 Here are five easy ideas to integrate into your teaching or parenting. Apply these five “H’s of hope to make a difference to disengaged or unmotivated teens.

When we are young, we are full of hope. We are highly attuned to living with a sense of wonder and awe. Research has shown adults smile on average 20 times a day, whilst children smile 380 times. As adults we could all intentionally seek out and engage in more activities that allow us to experience joy so that we can become carriers of hope.

Humour increases a person’s ability to hope. This has been proven in a US study, where select participants were given a 15-minute comedy video to watch. Those who viewed the video had statistically significant increases in their scores for hopefulness after watching it as compared with those who did not view the video.

Humour is a fantastic tool for teaching and one which is never used enough.

Humility is an attitude that allows us to lower our resistance to new ways of thinking and doing. It also cleanses our ‘corrosive biases’, ways of thinking which lead us to form opinions based on experiences.

Being humble is not about allowing every new idea to change your mind but to open it to new possibilities.

The humble understand that the best strategic position we can choose to live from is to keep asking, “How am I insufficient and how can I rectify that?” These two questions are counter intuitive in an age where only showing your highlights reel is both encouraged and promoted, especially for young people.

Both of the questions above are about seeking truth. The reality is we are all insufficient but we also all have the capacity to rectify the insufficient parts of nature and make the weak areas strong. Hence both of these questions call to attention humility and hope.

I am not talking about false humility or self deprecation. People who say they have no talent are hiding because they are afraid of being vulnerable, or being judged.

You are talented and have tremendous worth and value. Honour your strengths and strengthen your deficiencies. Angela Duckworth, who is most well known for her study of Grit says, “Talent counts, effort counts twice”.

By all means have audacious goals and visions, but start out by aiming smail. Every great business learnt first how to add value to the few before scaling up to the masses.

Here’s one method of teaching hope through humility:

Ask your class or child to set a goal to improve, even if it has no glory attached to it. While it may not be a big improvement, it is worth ‘lowering’ themselves to try and attain it. If they develop a small habit it represents a step forward, which is better than staying bitter and blaming others for the state they are in.

I recently watched a Netflix special on pop superstar Beyoncé preparing for her Coachella concert. It was her comeback concert after having twins. She talked about getting herself back in shape to perform and how difficult it was to feel like she was starting all over again. She said, “The reason why people don’t like to rehearse is because you have to be humble and willing to look awkward. You’ve got to study and be a student again.”

If Beyoncé can be humble, we all can!

“A true genius admits that he/she knows nothing.” – Albert Einstein

Hunger is more important than talent. You can have great ambitions and great opportunities but if you can’t execute with fire your plans will fall flat.

When teaching hope, remind your students that greatness is not a result of spontaneous combustion, or an instantaneous inferno. The first thing you have to do is develop an appetite for success.

Those who achieve great things are not just the ones who are exceptionally skilled at what they do. They are also the ones constantly trying to expand their skills into new frontiers.

The discipline to expand your skills is more important than the original skill, because it is the overall trajectory which keeps you moving forward.

Remind students when teaching hope what a unique and opportunity-filled time we live in. The tools to change the world are in everyone’s hands but only the hungry are making real use of them.

Consider that Kylie Jenner can take a social media platform and use it to become the world’s youngest billionaire. Donald Trump used Twitter to gain a following so large he became President of the most powerful nation in the world.

I don’t think either of these people are necessarily smarter than everyone else nor am I saying they used their influence with purely good intentions but they did use the platforms available to them and were incessantly hungry to succeed.

“Many successful founders were not wealthy when they began. They were hungry for success.” Eric Ries, author of The Lean Startup

One thing I have learnt in the four decades that I have been alive is; Life is going to be hard, whether you pursue your dream or not.

Since it’s going to be hard anyway, why not spend your time doing something you love?

Not all storms come to disrupt your life. Some come to clear a path. So before you judge the moment, sit back and see what it could become. If you judge this moment as a season of despair, it can’t transform into anything else.

Many people fail to pursue their dreams because they think there are only two possible outcomes. They only believe in colossal success or epic failure.

What I have learnt in pursuing my goals is none of those things happen. The reality is you succeed just a little bit and encounter a few minor hurdles. What should then happen is you learn some lessons, rework your plan and repeat the cycle 70 or 80 times. Then you have colossal success. The original plan may not look anything like the finished product. If you study most startups, you will find this is often the case.

I am not a super fan of the whole #hustle movement because in today’s society it can mean very different things.

When it comes to teaching hope, my definition of hustle is to, ‘have the discipline and mindset to keep on walking.’

Strategy is not as important as psychology.

Psychology or mindset is more important than skillset.

Think of it this way: Everyone knows how to make friends. You know the strategy; be kind, smile, and don’t talk about yourself too much. What we lack is the ability to take massive action, like actually saying hello to a stranger. So many of us don’t have the confidence, the psychology, discipline and the agency to turn the need for connection into reality.

When young people say, “I don’t know what to do,” tell them nobody really does. It’s ok to just do the best thing that you can think of right now.

Hopeful, positive kids understand that even if they start vaguely and confused with a plan that is not so great, as they implement that flawed plan they will accrue discipline which leads to wisdom and ultimately to insight. With this new found insight they can fix the initial flawed plan until they get it right.

Some things are discovered by accident. Post-it notes, Teflon, Cornflakes, they were all the result of a mistake, they started vaguely and kept pivoting until they stumbled onto success.

Teaching hope is about sharing the idea that sometimes when the thing you were doing fails, it leads to something that was really the whole purpose in the first place.

Many young people today feel a sense of hopeless but the good news is this can be reversed. Apply the strategies above to remind them they live in incredible times with endless possibilities.