Managing your energy and emotions 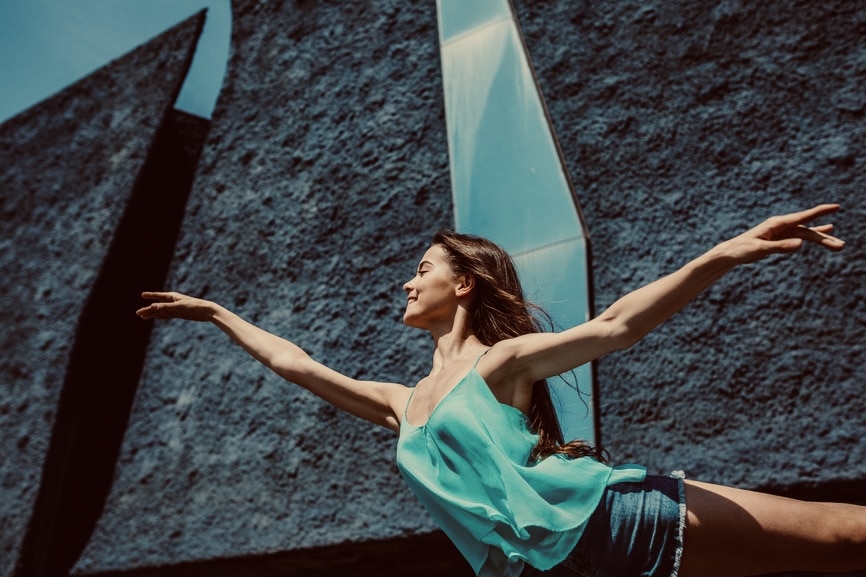 Take a look at some tips for how to ‘keep your trouble in a bubble’ and use your energy, thoughts and emotions in a positive way.

Have you ever walked into a room and felt bad moods in the atmosphere?

Have you walked into a room and felt positive energy and excitement?

Or have you ever walked over to a group of friends at school and sensed that people are feeling annoyed, even though nobody has said anything?

We have all experienced this. We can all identify with such a situation because we instinctively know our thoughts have presence. They are like radio waves moving through the air, invisible to the eye but able to be received and understood by the ‘human antenna’.

Your attitude is always being sensed. When someone implies, “Your attitude stinks”, it means they can sense your disposition. The negative energy lingers in the air and contaminates the environment, poisoning creativity and dampening energy and action.

So how do you manage your thoughts and your energy to create positive and joyous environments to live and work? Below are three hacks to help you create the world you and your peers want to live in.

What makes a thought felt is the attention you bring to it. Remember: you have thoughts, but you are not your thoughts.

Focusing your attention on negative thoughts causes them to grow, cascade and sometimes even spin out of control. But fixing your focus on a more empowering thought enlivens those emotions.

What you focus on creates your reality. Self-regulation can be a hard-won battle without a pathway for success. Fixing our focus creates a practical way to forge optimum levels of consciousness.

As Robert Frost famously wrote in his poem The Road not Taken:

“Two roads diverged in a wood, and I—

I took the one less travelled by,

And that has made all the difference.”

Take the road less travelled. Try not to allow your emotions to run the usual gauntlet to despair and anxiety but catch your negative thoughts in mid-air and vanquish them to the underworld.

Then grab hold of the enriching words which have the power to catapult you to more empowered ways of thinking.

The greatest discovery of my generation is that human beings can alter their lives by altering their attitudes of mind. – William James

We can remake our life by remaking our thoughts. Pretty amazing, right?

The image of mindfulness to many people is the emptying of themselves and all their thoughts and sitting on a snowy mountain in the lotus position. But mindfulness is not just the work of yogis and gurus. Instead, it is an accessible tool we can all use. The aim is to not continue to live mindlessly or to allow your mind to wander (not be present) but to live mindfully.

Mindlessness is what most people are doing right now. We mindlessly go through the routine of day to day but with no deliberate intention. Many people today are on autopilot. Metaphorically speaking, they have jumped in the back seat of the car and are letting their thoughts and emotions drive their choices and actions.

Mindfulness works because it puts you back in the driver’s seat. So instead of reacting blindly, speculating or overreacting, you can use mindfulness to respond to life’s experiences with a greater sense of empowerment and choice.

Being mindful helps you synchronise your thoughts and creates the internal conditions for peak performance – by improving your focus and mental acuity it reduces stress and combats anxiety and depression.

Phil Jackson is one of the greatest minds in the NBA, who coached many of the game’s best players including Michael Jordan and Kobe Bryant. He would have his players sit in silence, breathing in unison. He said that, “It helped align them on a nonverbal level far more effectively than words. One breath equals one mind.”

In today’s fast-paced world this is really important because some of us have defaulted to narrow and shallow thinking. We have no time for open-minded thinking in our 140-character world and we are so time poor that we think in sound bites, tweets and emojis.

We need to make it our best practice to think with agility and not lethargy. We must be willing to deep dive and engage with our thoughts, instead of drawing misinformed conclusions.

Never allow a negative thought to push you around or beat you up.

Having a thought like “I’m incompetent” is not going to give you the energy to bring your best self to the task. Those words are loaded and self-destructive and cannot be defended. But consider saying to yourself, “I notice I am having the thought that I’m incompetent.”

By reframing your approach, you have opened up a gateway for debate and have become dynamically self-aware. You can ask questions like:

“Where did that thought come from?”

“Have I displayed competence in other areas?”

“Am I overstating the case or making an error in judgment?”

Thus, the negative thought is defused and you open yourself to take the next action with more clarity and confidence.

Being aware of your thoughts also unlocks deeper and more productive thinking. Rather than blindly accepting the first thought or idea that comes to the top of our mind, we respond with wisdom and prudence.

Leaving room for the thought to breathe stops it from digressing into dark spaces. We can also question the origins of these thoughts. Are these self-destructive thoughts stemming from a place of tiredness or stress if so, can they be trusted? More often than not, they can’t.

We don’t need to suffer under the weight of negative thinking. The stories we tell ourselves about ourselves are influencing our lives and driving our actions. If you think you are pathetic and don’t question it, the action you take will fulfil the narrative.

Try becoming aware of self-imposed obstacles you are crafting in your imagination and minimise the harm your negative thinking is causing you. End the catastrophising and the inflating of our fears by observing your inner chatter in a non-judgmental way. By questioning your thoughts, you can gain deeper wisdom and insight.

If you stop to give the devil a ride. He is eventually going to want to drive. – Folk Saying

Netflix series The Last Dance shows the power of one man’s confident expectation and what those thoughts can bring to a losing team. Michael Jordan expected to win championships and his positive expectations started to infect the rest of the team. When they started to believe in their abilities and started expecting more from themselves, everything changed.

Jordan’s bubble of positive expectation began with himself and then extended to his team, the management and the city of Chicago. The entire world was impacted by the power of his positive attitude.

Become aware, alert and attentive to your thoughts and how they impact your world. In doing so you will cause a ripple effect that has the power to positively impact and influence the world around you.

Maya Angelou said, “People may not remember exactly what you did or what you said, but they will always remember how you made them feel”.

People who thrive in life are those who encourage others in word and deed. Great teams are made up of people who feed off each other’s energy which they both get and give to each other.